About Our Nantucket Inn 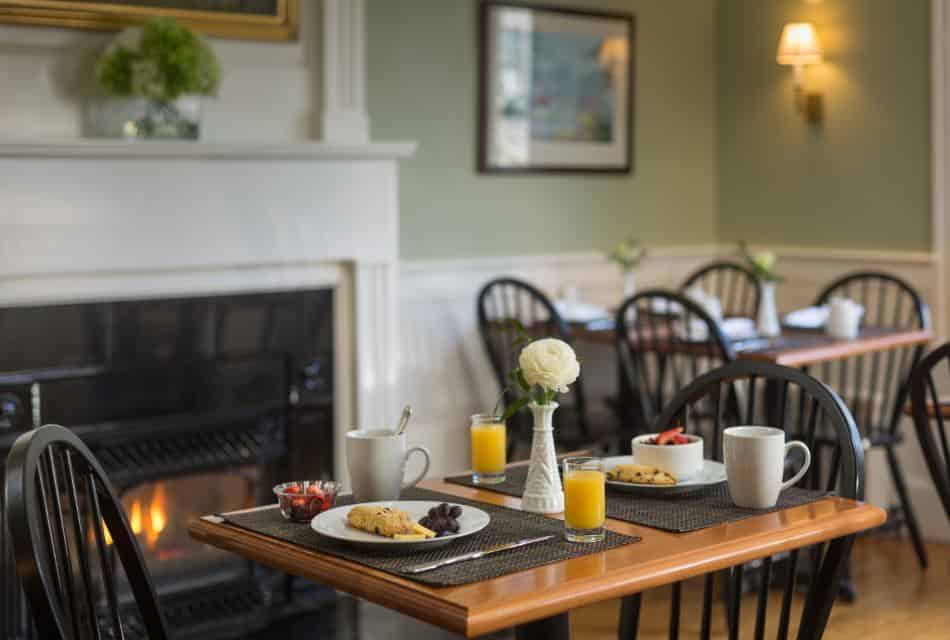 Fresh, abundant and tempting, breakfast at the Brass Lantern Inn is a great way to start your Nantucket day!

Start with fresh juice or a delectable fruit cup with Greek yogurt. Try our Brass Lantern fruit and nut granola with oats, dried fruit, sliced almonds, honey and molasses. Add some sliced hard cheese or a fresh-baked muffin or cranberry scone with Stonewall Kitchen lemon curd – or Portuguese bread toast with Stonewall Kitchen jelly or marmalade. Enjoy Nantucket Roasters freshly brewed coffee or a selection of teas. Our Dining Room offers an elegant setting for a delicious breakfast, with soft jazz in the background and the ceiling fan rotating lazily. On a sunny morning, take your breakfast out to the Patio or Garden to enjoy the start of your day with a birdsong melody and dine ‘al fresco’!

During the time of Covid, we have modified our breakfast service with all breakfasts on trays, prepared to order based on your choices from our daily breakfast menu – which is texted to you each evening. So, same great food choices, but in individually prepared servings. You may enjoy your breakfast at distanced tables in the Dining Room, Sitting Room or outside in the Garden.

As you step off the Nantucket ferry, you will feel the history of Nantucket that permeates the bricks and cobbles, the grey shingles and roof walks. 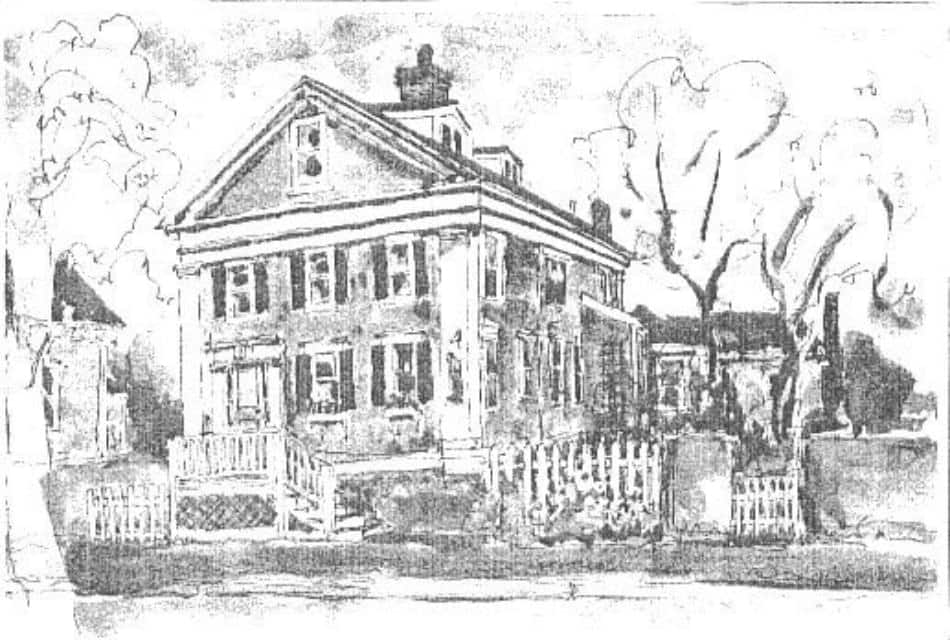 About Our Historical Inn

The Main Inn at the Brass Lantern Inn was built in 1847 by an owner of means. Unfortunately, the original building at 11 North Water Street had been destroyed in the Great Fire in 1846 which destroyed most of the wooden buildings in the Main Street area. The existing building, re-built in 1847, has been a guest house since the early part of the 20th century – first as the Parker House, then the Stetson House and, finally, our Nantucket, MA inn.

Until the early 1980’s, the inn consisted of ten guest rooms – all with shared baths. Private baths for each room in the Main Inn were added in the late 80’s and the third floor was reconfigured to add two bathrooms to the three bedrooms located there. The third floor of the Main Inn was also part of the 2015 major renovation – with additional updates in 2017, 2018 and 2019.

The Garden Wing, designed to blend harmoniously with the original Greek Revival design, was built in the early 1990s, long after the Brass Lantern Inn had become a popular lodging establishment on Nantucket and added eight additional guest rooms and a substantial staff quarters to the Brass Lantern. The guest rooms in the Garden Wing, named after flowers in our garden provide bright and spacious accommodations with a contemporary Nantucket decor. These eight rooms were completely renovated in 2015 and offer a fresh, soothing and elegant decor. 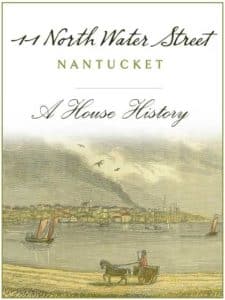 The oval nameplates on each of the doors were scrimshawed with the name of the room by Island artisan, Michael Vienneau, who owns The Scrimshander Gallery, located at 38 Centre Street. To evoke Nantucket’s whaling history, the guest rooms in the Main Inn are named after whaling ships that sailed from Nantucket that left Nantucket during the same period that the Inn was built – 1835 – 1850, and the rooms in the Garden Wing are named for the flowers in our Garden.

The Brass Lantern Inn underwent a massive renovation in 2000 when first purchased. And, since 2009, improvements and renovations have been a regular off-season activity. The circular breakfast patio was added and the Garden was renovated in 2009 and in 2010 – 2011, the Kitchen, Powder Room and several guest rooms were renovated. The Dining Room, Sitting Room and Foyer were renovated in 2013, the bay window seat added in 2014 and 11 major guest room renovations in 2015 and subsequent updates in 2017, 2018 and 2019! 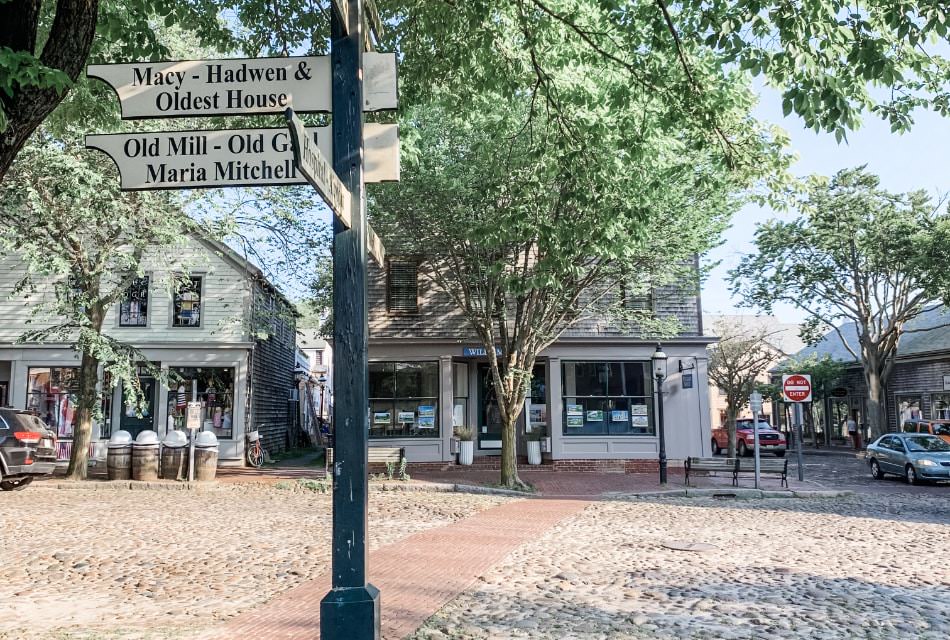 The Town of Nantucket

When Nantucket, the ‘faraway isle’, was founded in 1641, it was home to over 3000 Wampanoag and a handful of English settlers who were farmers and sheepherders. The waters around the Island were rich with cod, finfish and shellfish. Occasionally, drift whales, which were prized for their oil, would wash ashore.

By the 1690s, Nantucketers began to organize expeditions to capture whales off the coast and, by the mid-eighteenth century, they were building ocean-going whaling vessels and were hunting deep ocean whales all over the world on expeditions that lasted up to five years.

For almost 150 years, Nantucket was the whaling capital of the world and many of the magnificent homes in the Historic District were built during this time. The names of many of the leaders of Nantucket’s whaling industry – Macy, Gardner, Hussey, Folger and Starbuck – still resonate on Nantucket.

But, by the 1840s, several changes ended Nantucket’s whaling era. Kerosene, a less costly alternative, was beginning to replace whale oil, Nantucket Harbor began to silt over so the whale ships no longer had easy access and, in 1846, the Great Fire roared through Nantucket Town, destroying over 300 buildings and leaving hundreds homeless. During the same period, gold was discovered in California and hundreds of men, former whale-men, went there to seek their fortune.

In the late 1800s, Nantucket started to attract leisure visitors who wanted a unique time and space – and this trend continues to the present day. 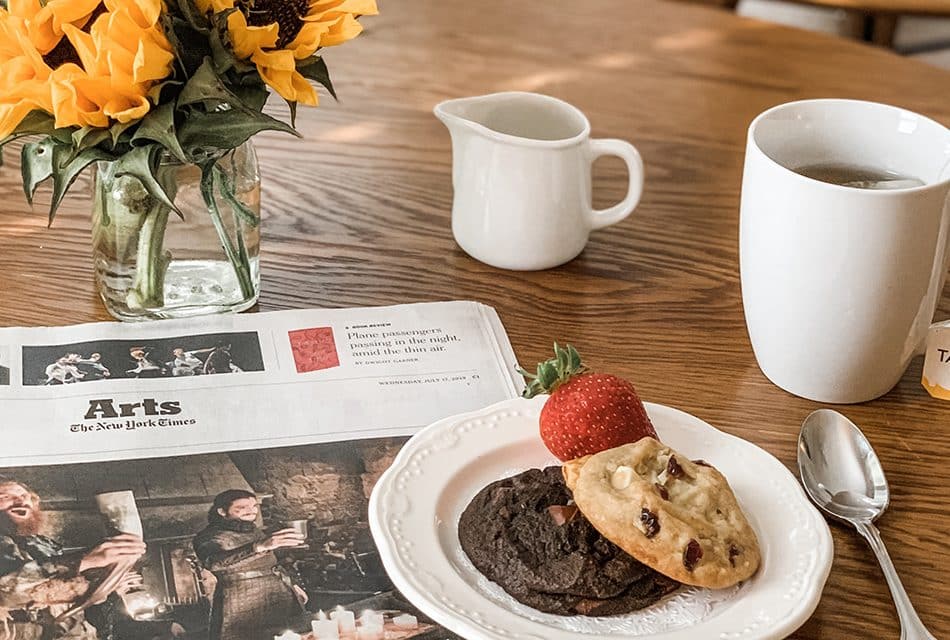 Afternoon tea at our Nantucket inn offers a choice of several kinds of cookies – still warm from the oven, and a variety of teas.

Enjoy your coffee or tea and treats outside on the Patio or in the Garden or take them back to your room for some quiet time. 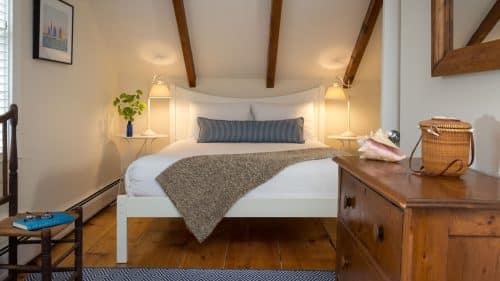 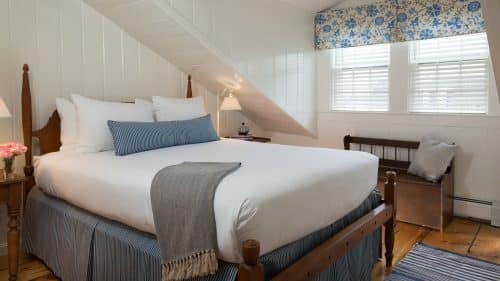 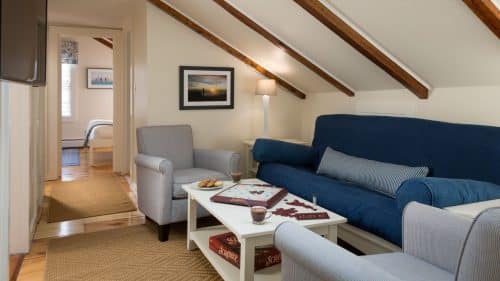 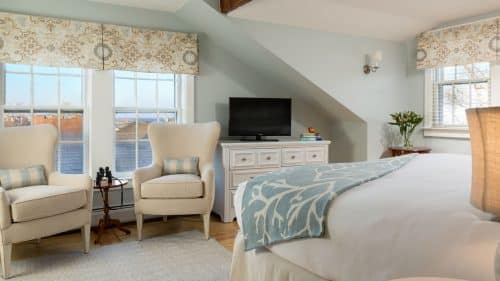 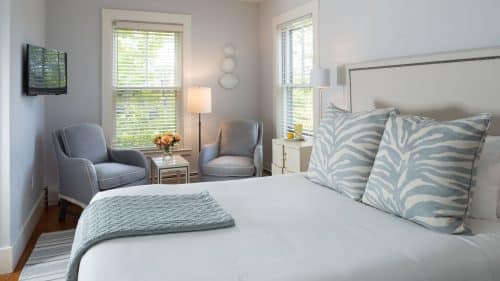 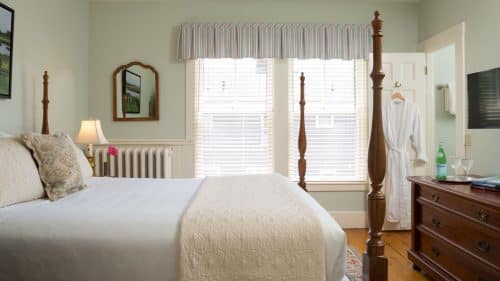 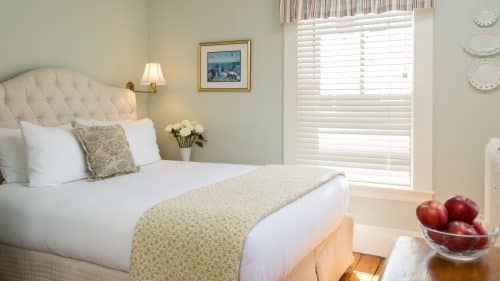 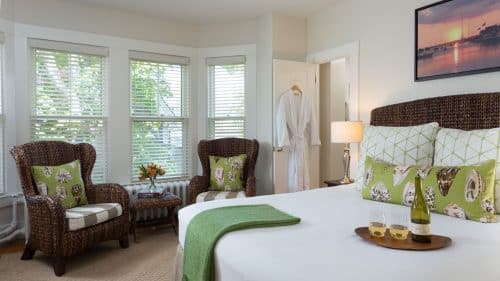 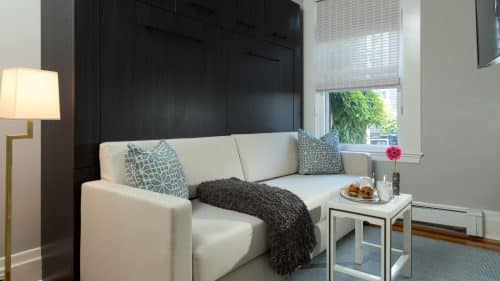 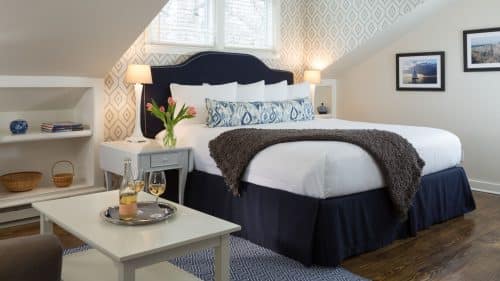 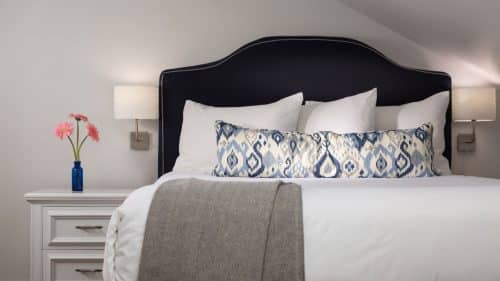 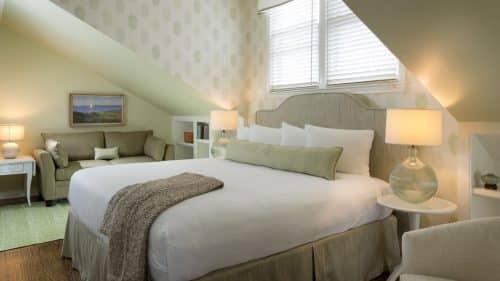 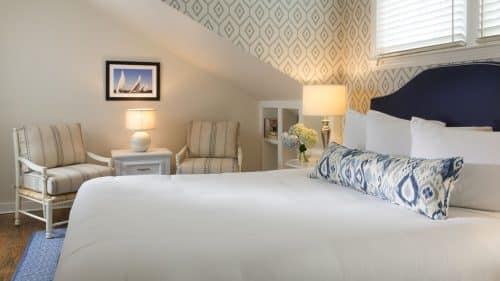 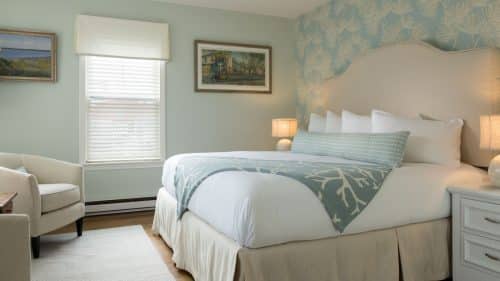 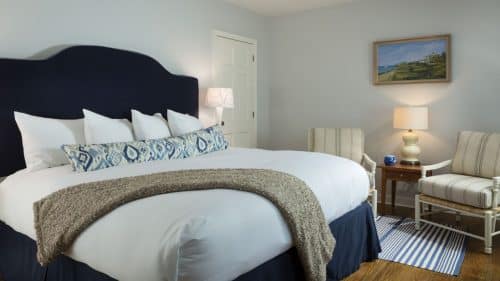 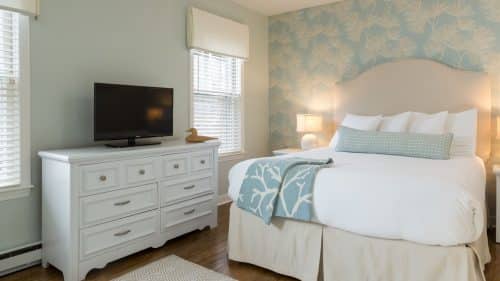 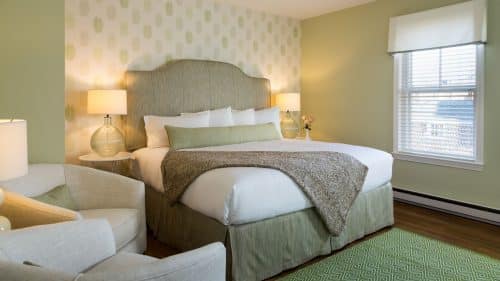